SwitchFilm is a self-adhesive Privacy Window Film that can switch between matt and transparent. The film itself is frosted and transparent by means of low voltage. For the control a remote control or wall switch is used, possibly with dimmer and timer.

The thickness of the film also prevents glass penetration, contributing to safety and delayed burglary. In addition, it is possible to use it as a projection screen for commercial and presentation applications. Projecting can be done in both matt and transparent situations.

Even without electricity, the film leaves enough (day) light through what is impossible with window coverings, resulting in a responsible and pleasant working environment. 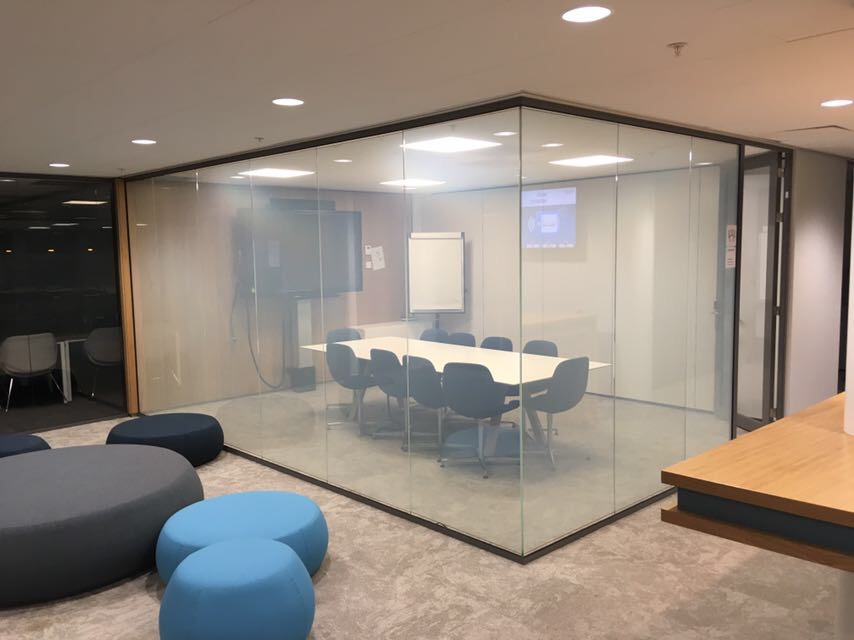 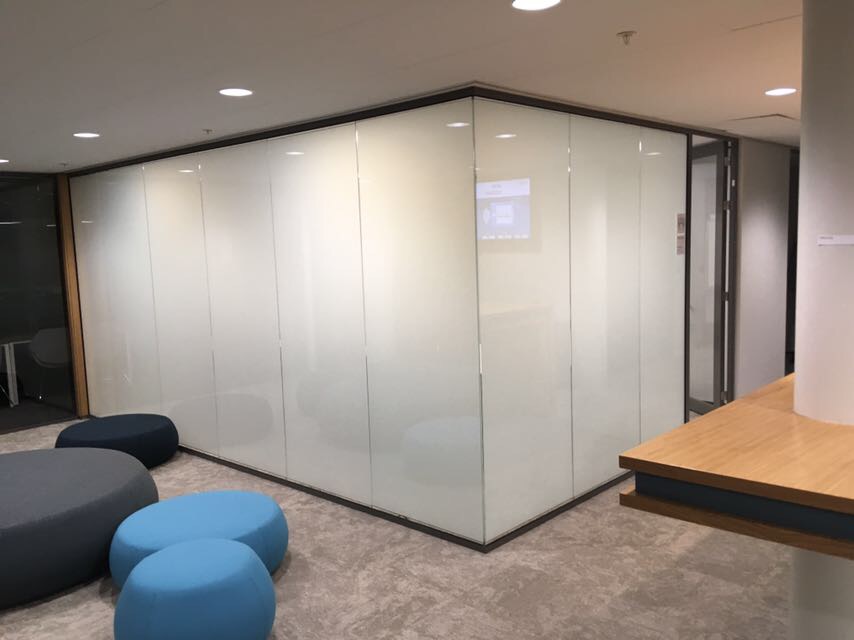 Switch film is a matt film of 650 micron that becomes transparent through low voltage. The film is fully installed by Glasfolie Suncontrol. That means: cut to size, delivered and installed including copper strips, wiring, transformer, KlikAan-KlikUit transmitter + receiver and plug.

Switch film is a self-adhesive Privacy Window Film that can switch between matt and transparent. The film itself is frosted and transparent by means of low voltage. For the control
a remote control or wall switch is used, possibly with dimmer and timer.

Lightfastness
Switch film Window film does not discolour; the lightfastness is unsurpassed.

Flammability
Once glass foil has been applied, it is very difficult to ignite. The
Switch film Window film the heat radiation for quite some time. In the event of fire, the film keeps it cracked glass for some time.

Guarantee
The combination of the Switchfilm with copper strips and the wire fixed to the copper strips is guaranteed for 2 years. On the foil specifically a 10-year guarantee. 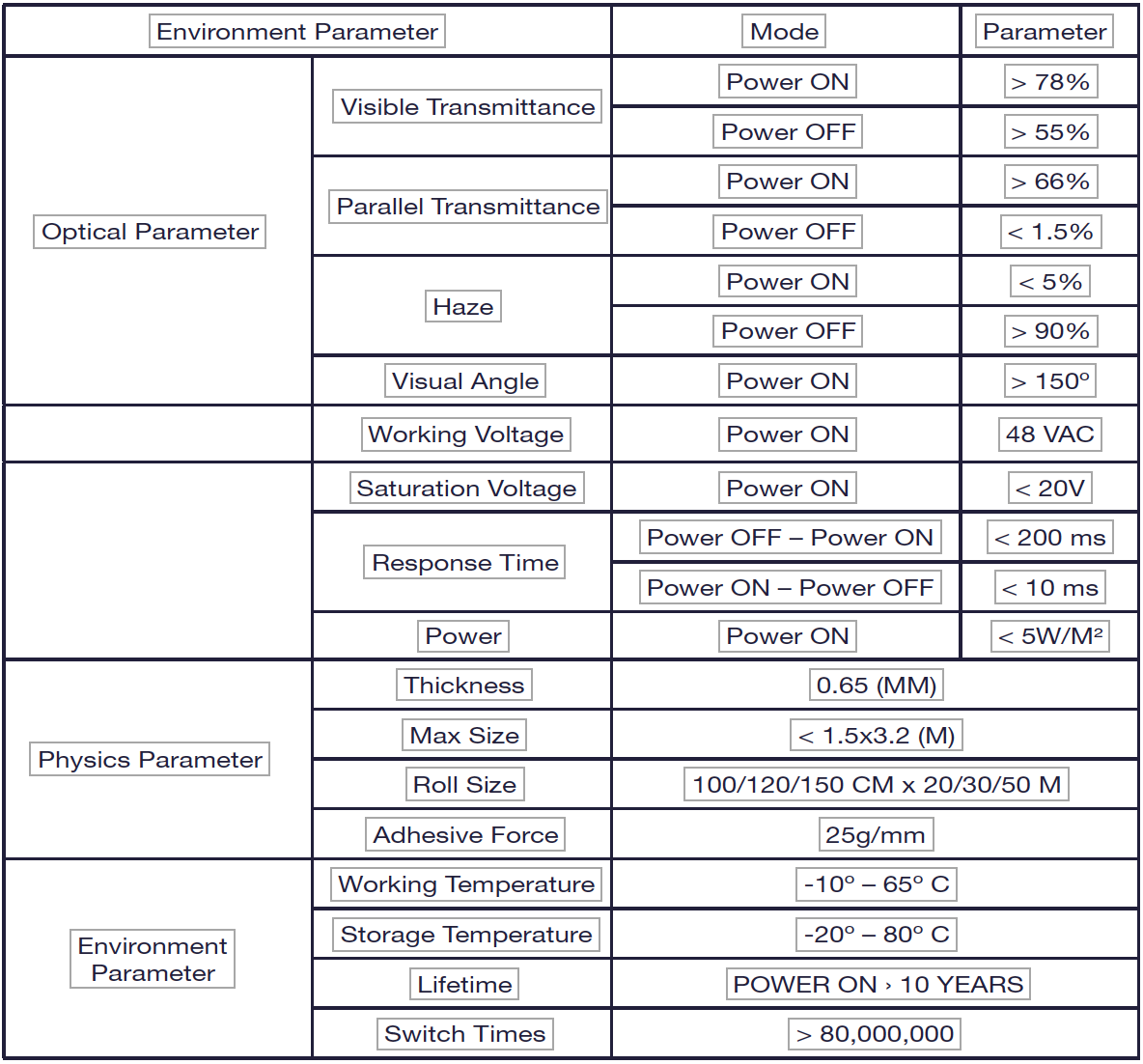 For applications of the various types of film we have reference addresses available, which we gladly provide.

Apply
Window film Suncontrol has its own application service. In addition to experience in fitting, our employees also have the right equipment. They only apply the film if the temperature of the substrate is between 5 and 25 degrees Celsius. After approximately one month, the optimal adhesion is achieved and the film is completely tight.

Cleaning
The strong polyester film is resistant to cleaning. The best cleaning agent is clean
water with a dash of household vinegar. The best tools: a clean sponge and chamois. Beware of sand grains and old hardened rubber tractors! Other sharp tools can also cause damage. Sharp cleaning chemicals are advised against. A detailed cleaning instruction is provided with the delivery of the film.

Dimensions
The width of the roll on which the film is delivered is 100, 120 and 150 cm. This means that when processing the film, the maximum width of a window is approximately 150 cm. But even if your windows are higher and wider, the film can be applied. With larger windows it is necessary to apply a seam.